“Sapota” is the name of which most of us are not so much familiar, it is generally called as Chiku in a native language (Urdu/Hindi). This is the fruit from tropical fruits family and is carried by evergreen trees. Sapota is nutrient rich and is loaded with numerous health benefits. The origin of this fruit is Central America especially brazil and Mexico, mainly this fruit is imported from these areas or distributed to other countries, while it is easily available in supermarkets of Pakistan as well.

Sapota is sweet tasted fruit with grainy texture of brown colored flesh. Its seeds are flat dark brown or black colored in hard texture which is used in medicines as well as the nutrition science prevails. Here are some of its benefits which are listed below with description:

Sapota is an excellent choice for healthy skin because of its various mineral contents. It gives you healthier and glowing skin with natural therapy without any side effect so you get beauty with taste. As this fruit tone up your complexion and give a boost to your sensitive skin thus prevents you from using various kinds of cosmetic product most of which ultimately destroy your skin, so go for a healthy way with sapota. This fruit contains an abundant amount of antioxidants which act as a therapy ingredient for reducing the aging signs by scavenging free radicals from the body. Sapota also works for wrinkles and black slaps on the face which are most difficult to fight in the aging process. Not only its flesh, but its seeds are also proved to be very useful for the skin, as the seed oil of chiku is employed as an ointment for skin, while the left over after oil extraction (which is also called seed cake) is used in scrubs for the skin. Moreover, the tree of sapota is also very useful, as its milk sap can be used for antibacterial; action and to combat the infection of the skin. This fruit contains an abundant amount of vitamin E which is mainly used in various pharmaceutical products for skin, but with the combination of vitamin C and A amplify its action and gives you with more glowing results.

In growing age by the use of loads of chemicals in the form of shampoos and conditioners, our hairs got serious damage. The real demand of healthy and strong hairs is the “natural remedy” without any chemical or any sort of complex formulation. By treating the hairs from natural ingredients, sapota took its name at the top rated fruits. The oil extracted from the seeds of chiku moisturizes the skin, prevents from dandruff, make the hairs softer and shinier, and most importantly this oil is non-sticky hence doesn’t look odd nor make you feel like a wet sticky chipmunk. Additionally, alleviate the rough and damaged skin problems and promotes the growth of new hairs, thus make you hairs thicker with a good volume. The oil is gently absorbable and doesn’t impart greasy stickiness to the scalp. This oil treats the hair fall accompanied by any dermal issue to the head. The most effective remedy for hair loss is half and half mixing of sapota seed oil and coconut oil, the application of this mixture to the scalp with gentle massage and after washing it leaves you with healthier and shinier hairs with proven reduced hair fall in just two weeks.

Chiku/Sapota is the fruit rich from vitamin A, which is a well-known ingredient for eye health. So, with sweet taste this fruit assists in improvement of the eyesight. While talking about the back muscles of eye, here we got a point for those people who got their work which make them stuck to the laptop or computers, this continuous screen streaming definitely requires a boost up for eye muscles. Here is the solution in this little fruit, with the abundance amount of vitamins especially vitamin E and A this is proved to be helpful in this case as it strengthen your muscles and improves eye sight respectively.

In addition, to provide an abundant amount of energy to the overall body in the form of glucose, it is enriched with iron, calcium, and phosphorus which are proven through various studies as an eminent requirement for healthier bones. But this benefit of calcium is just available for those who eat this fruit with the peel as well. Sapota milkshake and smoothies are the uplift choice for children in growing stage.

Sapota contains huge amount of glucose and fructose, these are simpler sugars (they are called simpler or simplified sugars because as compare to normal table sugar -sucrose- they doesn’t need to be breakdown by the body) hence are instantly available to the body. This instant energy boost-up property is very useful for athletes and is definitely better from the artificial drinks they take to lift up their energy instantly. So, if you are an athlete or know someone then definitely use or recommend your athlete friend to must take this fruit in the bag instead of glucose bottles.

The seed powder of sapota is used traditionally in some areas in China for the purpose of whitening the teeth and making gums healthier. Moreover, a major problem prevailed everywhere (especially in children) is “cavity issue” which is caused by continual use of unsuitable foods can be cured with sapota. As it contains high latex content so help in the crude filling and prevents the problem of teeth cavity.

7. Sapota as Cold and Cough Remedy:

Chiku/Sapota is also helpful in the treatment of cold and cough by confiscating mucus and phlegm from the nasal cavity and throughout the respiratory tract. Furthermore, it also helps in combating fatigue which is the most irritating symptom of cold and cough.

Kidney stones are appeared to be the most dangerous health problem which teases the patient slowly but dreadfully. As per the condition of water, this disease is prevailing at much higher rate particularly in under developing countries. Even in most areas, people are indulged to drink dirty water which causes kidney stones. But here is a good news for them too! Sapota seeds are proved to be the best remedy to combat kidney stones. The powder of dried seeds of sapota mixed with honey is the proven nutritional remedy as the seed powder acts as diuretic and assists in the expelling of kidney stone (in broken form) through urine.

Additionally, the sapota fruit contains a massive amount of nutrients such as magnesium which is an important mineral for brain health, potassium for treating high blood pressure, iron and folate to combat anemia, dietary fibers to strengthen the digestive tract, antioxidants and other agents to prevent from the infections. [AdSense-B]

For finest outcomes, you should eat whole fruit but it could be added in various desserts, can be used in milkshakes or even one can choose to take this in juice form the sapota fruit should be eaten ripe. But you can also choose to have the sapota juice if you please. So, grab this fruit in your diet as a delicious and sweet source of plentiful health benefits. 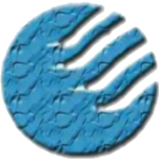 As the Admin of Toor Health Care, I've Keen Interest in Searching & Sharing Information on Health Niche, So You may Find here Health Tips & Other Stuff, Which May Concern with Most of People, Who're Looking for Healthy Life.

Get Updates Via Email: